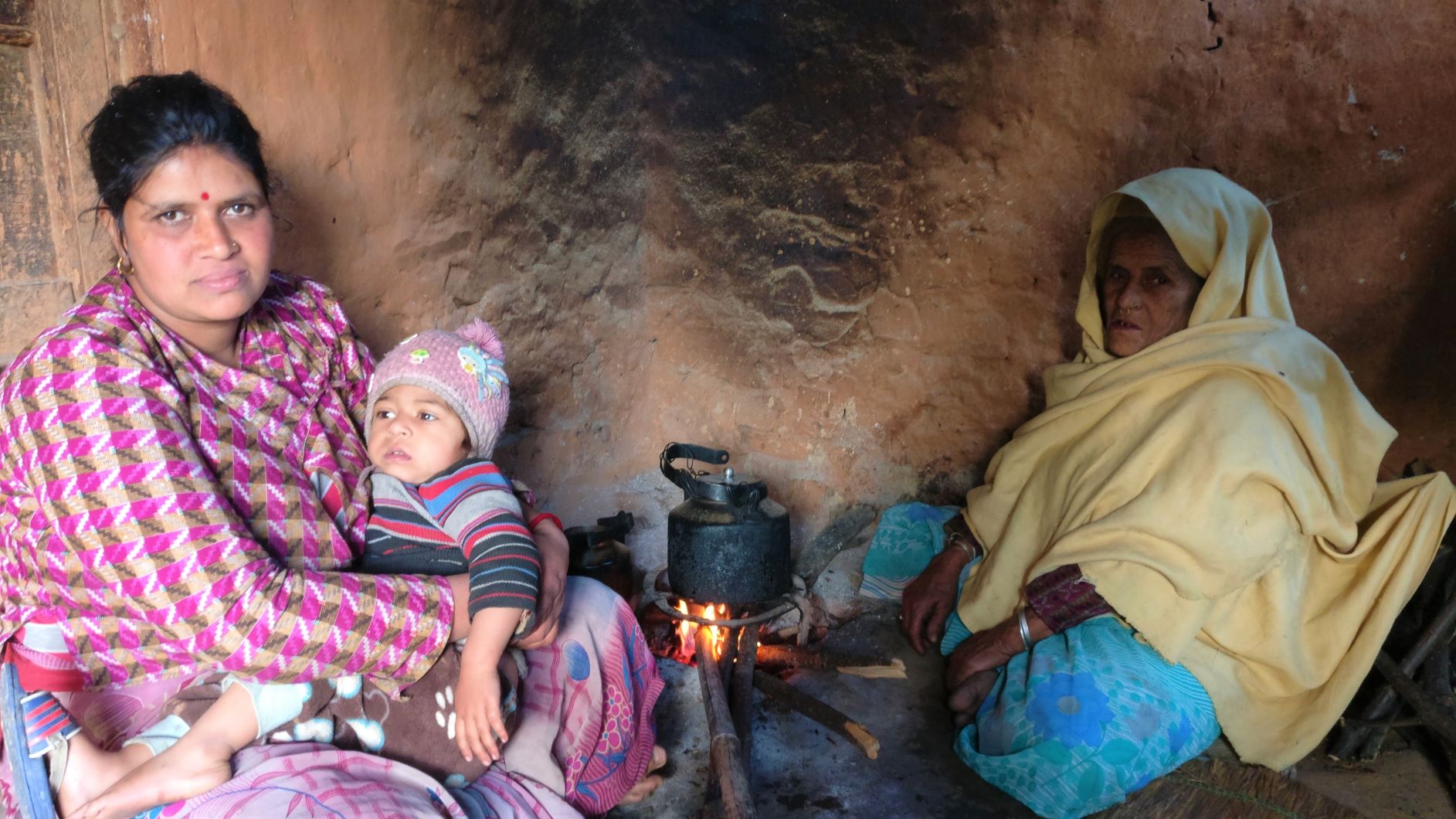 Binda Koirala (Subedi), a housewife, age 35, a local resident of Salyan village in Solukhumbu district has been cooking food for her family in an open woodfire since ages. She recalls the days when she had to collect sufficient firewood for a week from the forest since dawn in the morning.  This could take an entire day in the process. Still, she is using open wood fuel for cooking daily food items which fills her entire house with the smoke produced from firewoods. Sometimes, situations have become worse when the fire-wood is not properly dry, as a result of which the smoke realized from fire-wood would become unbearable and even difficult to see if the food is cooking properly or not.

Exposure to household air pollution is one of the major risk factors causing respiratory diseases, cancers and eye diseases. Through, continuous exposure to smoke, Binda has suffered from respiratory and eye problems which were realized after visiting health post. This realization made her family to shift the existing kitchen location to the outside premises. Despite the kitchen shift,  her illness was not controlled properly even after a year. Besides, her younger son, age 2 is more vulnerable to respiratory diseases as he used to spend quality time along with her mother and grandmother during cooking in the kitchen.

After gaining access to electricity from local micro-hydropower (100 kW- Triveni Solukhola MHP), Binda wished to have alternative cookstove in her house (i.e rice cooker). Finally, after a long wait, her wishes were fulfilled and life has transformed drastically after People, Energy and Environment Development Association (PEEDA), an NGO working in the field of energy and environment along with its national and international project partner’s entered the village to bring change in lives of community people via implementing a research project  “Assessing electric cooking potential in micro hydropower microgrids in Nepal” to understand the adoption level of electric cookers in the rural part of Solukhumbu district.

With consultation from local authorities, 15 households were selected as beneficiaries for the initial phase of the research project. Binda stated, “I feel very happy to be part of this project and with the installation of electric cookers, it created great happiness within her family members”. Not even Binda, her colleagues from the community namely Sangeeta Bhujel and Laxmi Basnet, selected participants of the project were also very happy in cooking food powered by electricity that would result a smoke-free environment. These electric cookers have changed their cooking lives. Binda can now cook food completely in electric cookers that have helped her to save time without inhaling smoke thereby taking care of her health and her family members.

At the current scenario, electricity cooking is a national emerging topic where different organizations and government institutions place their views on various platforms. The difference in pace of national access to electricity and access to clean cooking raises the big question whether electricity can be considered as an option for clean cooking in Nepal when there will be energy surplus in the future.

If we are to consider electricity as an option for clean cooking, firstly, it is important to strengthen and develop the electricity infrastructure measuring the required connected load while the electricity tariff should be very nominal and affordable. The other way is to work towards research and development of energy-efficient electricity-based cooking options, change in cooking behavioural aspects in rural areas and affordability need to be considered.