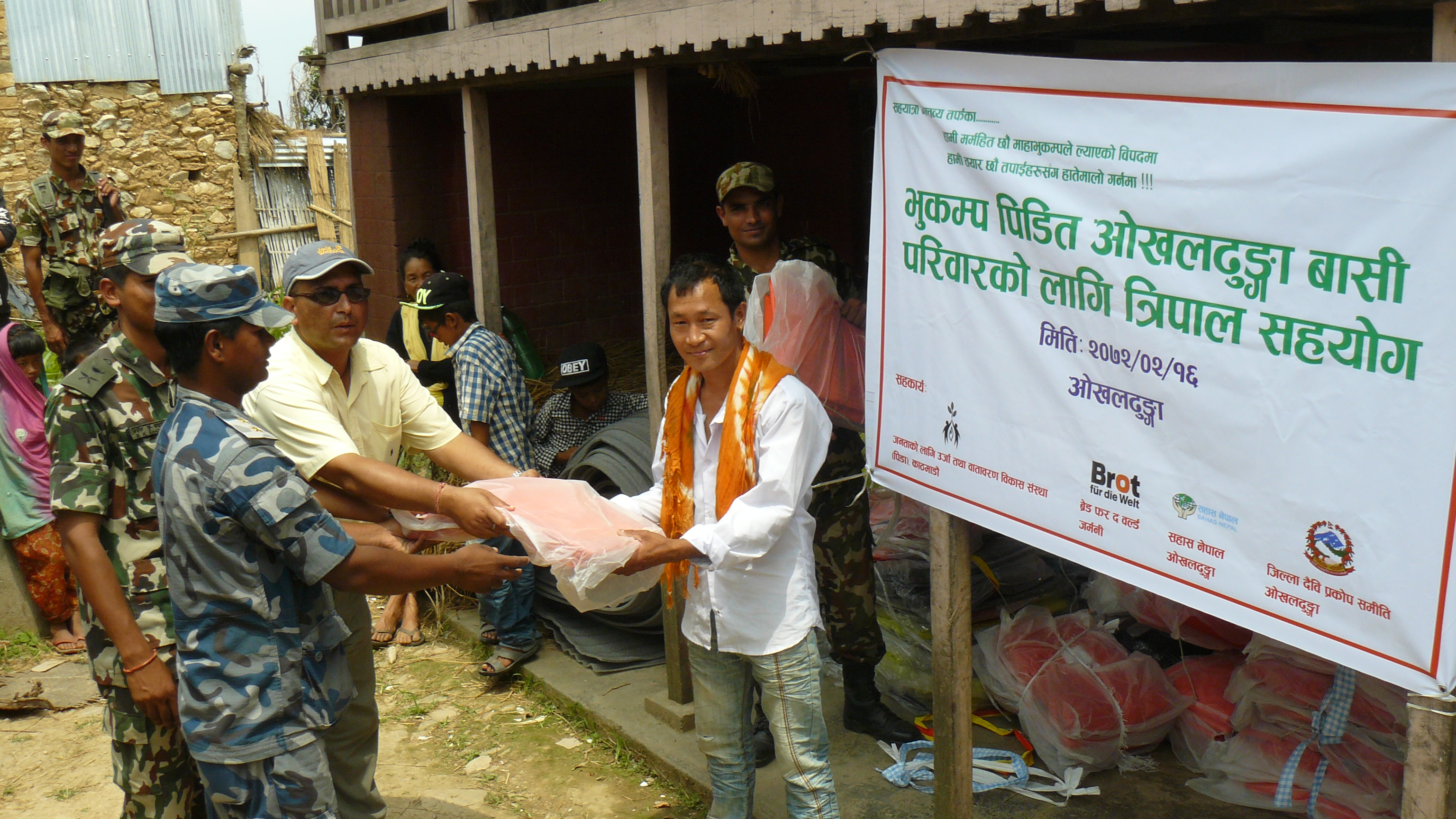 PEEDA, in coordination with SAHAS- Nepal and support from Bread for the World-Germany distributed 600 Tarpaulins to the earthquake affected families at Thakle, Manebhanjyang, Toksel and Madhavpur VDCs of Okhaldhunga district on 30 May 2015. Tarpaulins were distributed at the request of DDC- Okhaldhunga and other stakeholders. A very special thanks goes to Nepal Army, Armed Police Force and Nepal Police for their management and support for this endeavor. Also, the efforts of VDC Secretaries are highly appreciated.

PEEDA with donations collected from the families in UK distributed 32 solar lanterns to the earthquake affected families of Ghyangphedi village (Nuwakot district) on 22nd May 2015. These solar lanterns were distributed to 22 families in Ghyangphedi and the remaining 10 were given to the families of neighboring village. Since, prior to its distribution, all of the recipients were relying on battery powered torches; they were delighted to have such solar powered lanterns. Accordingly, PEEDA gave a brief demonstration on how to use the light and explained that once fully charged, the lantern could provide light ranging from 4 to 8 hours depending upon its use on either higher or lower setting.